How Pentel used Gravio to speed up their Digital Transformation 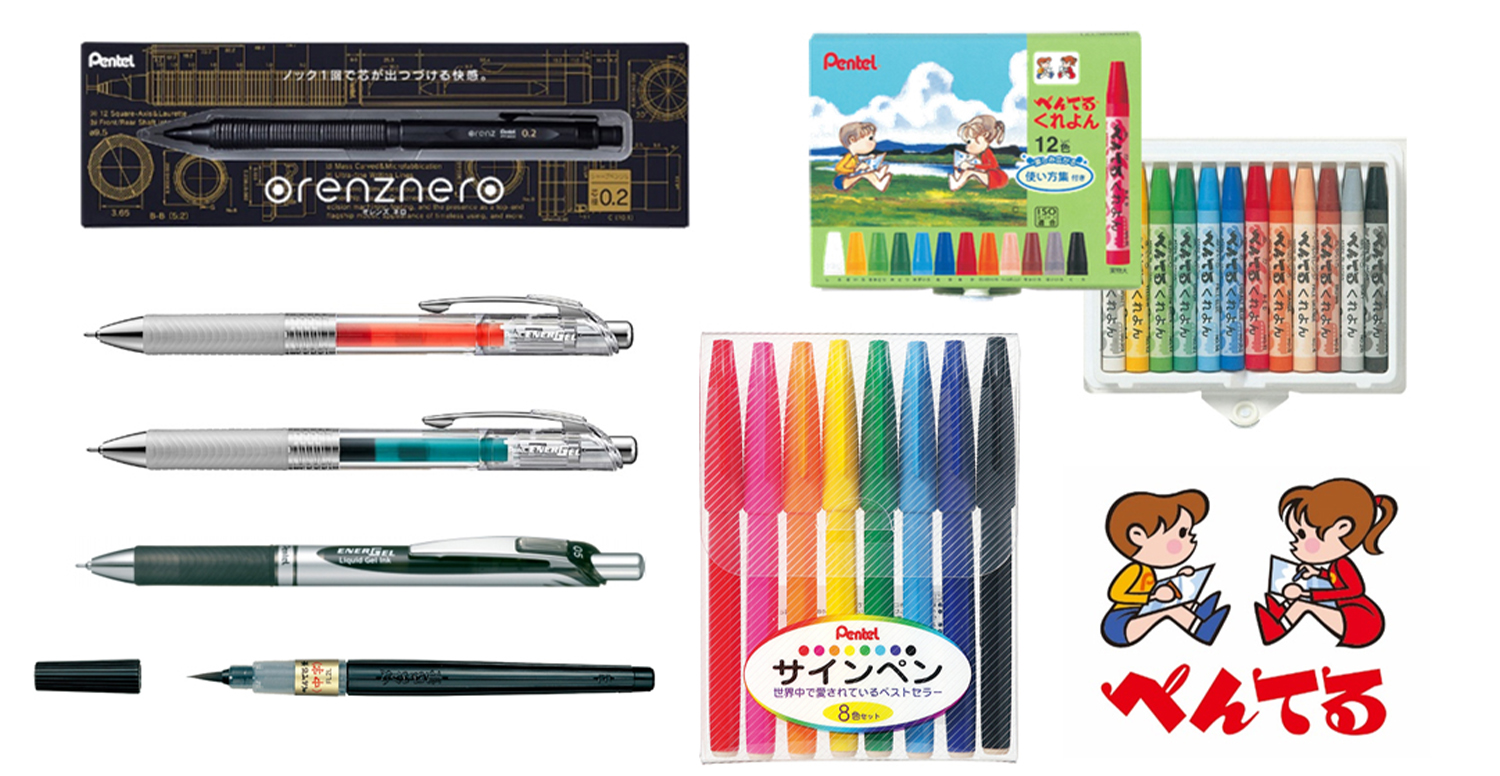 Pentel, a leading stationery and office supply manufacturer, is working to "IoT-ize” its factories starting in 2019 to further strengthen its "monozukuri (manufacturing) capabilities," the very core of the company's business, through the use of DX. As part of this initiative, the company's IT department used “Gravio” to create an environment that allows independent verification of AI and IoT, separate from the factory's production environment. As a result, the company has successfully implemented a DX mechanism that utilizes data in the office using temperature and humidity sensors, motion sensors, and AI cameras, as well as significantly improved the AI/IoT development skills of its young engineers.

• There was no environment in the IT department where the verification and testing of AI/IoT technologies could be freely conducted.

• There was a need to train more young engineers with AI/IoT skills.

• While factories have taken steps to implement IoT, the same cannot be said about implementation in offices.

• The company was looking for an AI/IoT product that could be built with no code, with an eye toward in-house production.

• Installing Gravio to set up an AI/IoT environment in the office that can be used freely by the IT department.

• Installing temperature and humidity sensors in the server room to establish a remote monitoring system.

• Installing door sensors and motion sensors in the office to monitor facility usage.

• Installing AI facial recognition cameras at the office entrance and server room to monitor who enters the office at all times. If an outsider is detected, the system notifies the manager.

• Young engineers will acquire AI/IoT development skills in a short period of time through the use of Gravio.

• Data visualization will improve the efficiency of shared facilities such as meeting rooms and restrooms.

• The server room temperature and humidity control will no longer need to be performed through visual observation as remote monitoring will greatly contribute to operational efficiency.

• Improved security by being able to detect outsiders entering the server room and office areas.

Making the “digital shift” company-wide, starting with the “IoT-ization” of factories

─ First of all, could you briefly describe your company's business?

Mr. Matsukawa Our company was established in 1946 against the backdrop of post-war reconstruction, manufacturing and selling stationery and drawing materials. Although the general public may be familiar with us as a manufacture of writing tools, we are now also involved in the manufacture and sale of electronic devices such as touch panels and pen tablets. In the B2B field, we are known as a manufacturer of industrial robots and medical equipment. In recent years, overseas markets have accounted for two-thirds of our company’s sales, and we are becoming more global in character every year.

─ What initiatives are you taking involving digital utilization and DX (Digital Transformation)?

Mr. Matsukawa We have been working on the “IoT-ization” of our factories since 2019. We are going back to the basics of manufacturing, working to improve manufacturing efficiency and quality through our use of IoT sensors to measure the status of manufacturing equipment operating on factory production lines. We analyze the data collected from these activities to improve manufacturing efficiency and quality. Two years ago, we established a new department called the “Digital Shift Department” directly under the Corporate Strategy Office in order to further accelerate the use of digital technology and keep pace with the global shift to digital technologies. Currently, this department is playing a central role in promoting various digital utilization initiatives within the company, including the shift to IoT in factories, and is also responsible for the maintenance and operation of existing systems.

─ Was the introduction of Gravio part of these DX initiatives?

Mr. Matsukawa Yes. The IoT project in the factory was progressing smoothly, but at the same time, we were restricted in that we could only run the IoT system within the factory's production environment. Even if we wanted to test a new technology, it is not always easy do so in such a production environment. Therefore, we have always wanted a separate environment where we can easily build and test IoT systems in the Digital Shift Department.

In addition, while progress was being made in the factory IoT, progress in the office IoT was slow, and we wanted to start working on this issue in some way. In addition, only a few members of the Digital Shift Section were involved in the factory IoT project, while other members did not have much opportunity to come into contact with IoT technology. We wanted to create an opportunity for younger members in particular to gain IoT expertise through direct experience.

─ So Gravio was introduced to solve these problems.

Mr. Matsukawa Correct. First, we decided to introduce AI/IoT products with the aim of building an environment that would allow us to develop and test them independently in the Digital Shift Division. We compared various AI/IoT product candidates for selection, and finally decided to implement Gravio as it best met our needs.

─ Why did you choose Gravio in the end from among several candidates for selection?

Mr. Matsukawa First of all, we valued that Gravio provided various technical elements such as sensors, gateways, operating software, and configuration tools all-in-one. If we had to procure these elements separately, it would take much time and effort for product selection, evaluation, and even the procurement procedures themselves. With Gravio, everything is provided in one package, so we can start using the system right away.

We also liked the fact that we did not have to do any programming; we could simply set it up with no code. We thought this no-code development style was the best way for young members to learn AI/IoT know-how without spending too much time on it. In addition, we thought it would be meaningful to familiarize ourselves with technologies that can handle AI/IoT data in a no-code manner, with a view to internalizing DX initiatives in the future. This ultimately led us to implement Gravio.

─ What initiatives have you undertaken since the introduction of Gravio?

Mr. Takiguchi As I was originally involved in the factory IoT project, I launched a project with myself and four other young members. This time, at the same time as introducing Gravio, we also introduced “Qlik Sense,” a new BI tool, with the aim of building a series of mechanisms from scratch by visualizing the data acquired by Gravio's sensors on Qlik Sense.

However, since one of the goals of this project was to acquire AI/IoT development skills, we purposely allocated the workload so that everyone could experience everything from acquiring sensor data for Gravio to developing screens for Qlik Sense.

Remote monitoring of server room temperature and humidity with Gravio

─ What specific purposes have you applied Gravio to?

Mr. Takiguchi First, we installed Gravio temperature/humidity sensors, motion sensors, and door sensors in the office and developed a mechanism to visualize their data on Qlik Sense. For example, a door sensor was installed on the door of a private restroom, and a system was developed to check the availability of this restroom in real time on Qlik Sense. We also installed motion sensors in meeting rooms to visually indicate whether the rooms are being used or not.

─ With most of the members having no experience in AI/IoT, it must have been difficult to build such a system from scratch.

Mr. Takiguchi The installation and setup of Gravio went very smoothly because the person in charge at Asteria was very enthusiastic. Also, if we had any questions during the setup process, we were able to contact the support desk and received an accurate answer within the same day, which was very helpful.

Furthermore, we were also able to solve several technical issues by referring to the various technical information about Gravio available on the blog published by Asteria. For example, the system we have built stores the data acquired by Gravio's sensors in a Google spreadsheet, and then displays the data in Qlik Sense. Since Asteria's blog had detailed information on how to link Gravio and Google Spreadsheets, we were able to proceed smoothly with development while referring to this information.

─ What kind of response have you received from your employees as a result of establishing such an in-office IoT system?

Mr. Takiguchi At this point, the temperature and humidity sensor system in the server room is still only used within the section, but it has been very well received by the people in charge of the site. Previously, we had to visit the site every time we wanted to check the temperature and humidity in the server room, but now we can check the status remotely after installing Gravio. If an abnormal value is detected, we are notified on LINE, which has greatly streamlined our operations.

Also, there have been many cases in the division where a meeting room was reserved but not used after all. Now that Gravio has been introduced, it is possible to check in real time whether the meeting room is actually being used via the motion sensor, and we expect that this will be effective in reducing unnecessary reservations of the meeting rooms.

─ I understand that an additional camera AI has since been introduced.

Mr. Takiguchi Yes, we have. Asteria proposed the use of Gravio's camera AI, and when we tried it out, we decided that it could be used for a variety of purposes, which led to the actual implementation of the system. Currently, we have installed cameras in the server room and at the entrances to the office floors so that we can determine whether a person entering the building is a member of the Digital Shift Section or not.

The floor that houses the Digital Shift Section is visited by a relatively large number of other section members during the weekdays, but on weekends, only members of the Digital Shift Section enter and leave. Furthermore, AI image recognition data, as well as other sensor data, can be compiled and visualized by Qlik Sense. We are currently analyzing the traffic of personnel on the floor by day and time.

─ Were you able to improve the AI/IoT skills of project members, one of your original objectives?

Mr. Matsukawa Yes, the characteristics of IoT data are quite different from those handled by general information systems, and consist only of sensor ON/OFF information. It requires unique expertise and skills to efficiently handle such a large amount of signal data, find meaning in it, and make good use of it. However, I believe that the young members who participated in this project have grasped this trick through the development of Gravio.

─ In what ways does your company intend to develop the use of Gravio in the future?

Mr. Takiguchi We were able to remotely monitor the server room in our office with Gravio. In the future, we would like to be able to monitor the status of server rooms installed in each factory using Gravio as well. For example, we are considering using camera AI to recognize the status of gauges in old production facilities where IoT sensors cannot be installed, as well as to automatically detect abnormalities. Going forward, we would like to further advance our factory IoT initiatives by leveraging the expertise we have cultivated at Gravio.

A word from the people in charge

Handling IoT data requires a unique knack that differs from general information systems, but I believe that many of our young members have grasped the gist of IoT development through their involvement in Gravio’s implementation and development. In the future, we would like to consider expanding the system not only to offices, but also to other departments and factories.

Many of the project members had no experience in AI/IoT development, but thanks to the friendly support from Asteria's staff in introducing and using Gravio, we were able to proceed very smoothly.